The benefits of dancing extend far beyond just having a good time. Dancing is one of the best ways to get your daily exercise and even can help you lose weight in the process. But not all dance styles are created equal when it comes to burning calories. In fact, even the dance styles that burn the most calories range from about 300-500 calories per hour. So whether you’re looking to learn a new healthy skill or are solely looking to burn calories, it’s important to do some research on different dance styles before you start! 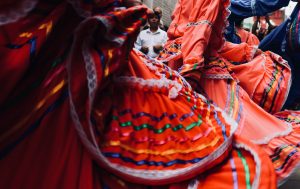 The first dance style that burns the most calories is called the Samba. This Brazilian dance can be performed solo, with a partner, or even in a group. There are many variations that can be done when it comes to the music you pick as well. Samba de Gafieira, Samba Pagode, Samba Axé, Samba Reggae, and Samba-rock are all sub-genres of the Samba, and can burn up to 500 calories per hour.

Originating in Cuba in the 1950s, the Cha Cha is an intense workout that can have you burning up to 400 calories per hour. Usually performed to Latin Rock or Latin Pop, this full-body style emphasizes hip movement and will have you working up a sweat after just a few minutes! 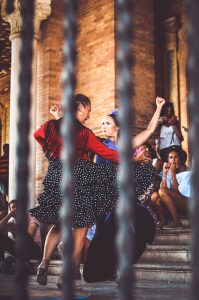 This dance is one that is rooted in African American history and originally came about in the 1930s. Typically performed at 128-176 beats per minute, it is one serious aerobic workout that can burn around 300-400 calories per hour when performed. Involving jumps, kicks, and partner lifts, the intensity of this dance style is one that will give you a great cardiovascular workout and burn a ton of calories!

This style of dance is incredibly popular in the modern dance world, and for good reason! Burning anywhere from 400-500 calories per hour, the skill involved in this dance can make it intimidating for beginners. Luckily, salsa tends to be a partner dance, so grab a partner and go out to the dance club to practice your salsa!

While the skill involved in dancing is a bit more involved than your typical workout machine, you’ll find it is well worth the effort. So, next time you find yourself bored on the treadmill, give these dance styles a try to burn some serious calories!